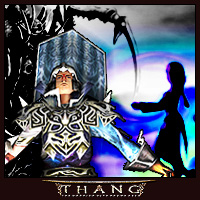 Thang Online is a fully 3D MMORPG that has unique and various concepts and is currently offering lifetime-free accounts. Thang Online is not just about raising your levels. This is an action-packed game, one that is new every time you play. By combining static monster spawns and dynamic rare creatures, the game world feels alive and populated. There are many areas of exotic locale for the players to explore and help defend against the corrupting Darkness. Every detail in the landscape and on characters is expressed in fully 3D graphics. The sound of battle, combat skills, and soothing calm of towns are all fleshed out musically as well. Every character has its own 'Ki' - a unique pool of strength. With this system, the Ki levels of attack, defense, and magic can be adjusted to suit the character's needs. This allows for more dynamic battles when fighting specific monsters, and players can take advantage of their behavioral patterns by using an appropriate Ki combination. Instead of utilizing now-commonplace point-based skill systems, Thang Online lets the players build up their combat skills through use. Most skills are acquired from NPCs, though item drops sometimes yield rare skills. To add an extra layer of depth, players may choose to 'harmonize' their leveled-up skill, creating a monster-type specific killing moves. Players can further improve their combat effectiveness by spending attribute points on the appropriate ability score for their weapon types. Each monster in Thang Online has different features and characteristics. You will be surprised by their limitless changes! Monsters beyond imagination pop everywhere; their attack is not limited to simple blows. They respond differently to each player by turning into new and evolved forms of their former self. This Monster Transformation System enables you to fight strategic battles using various features of monsters. To battle these creatures more effectively, the player will need to make a series of modifications to their equipment, known as 'refinement' in the game term. Doing so requires many different parts and reagents found in the wilderness or on the body of fallen monsters. As pieces of equipment gradually get better, a faint glow will appear over the item to indicate the amount of effort invested in the sometimes-risky process.

Must be a great game

It must have loads of good graphics and gameplay but it takes half an hour to load...0_o